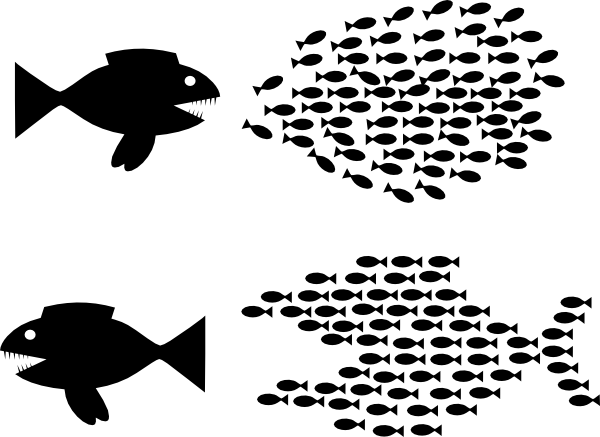 Ian Allinson, the grassroots socialist candidate for Unite General Secretary, argues that the union needs to build on the success of its organising strategy by doing more to involve lay members, support experimentation, and share lessons and successes.

Unite’s organising has been a success, helping to stop the decline in membership and increasing members’ power to win in many workplaces. But our efforts have not yet been sufficient to turn the tide or prevent the balance of power being tilted massively against workers, who generally face downward pressure on pay and benefits, and feel vulnerable to managerial whim and job insecurity at work; while housing, welfare and vital services are eroded outside work.

I have posted previously about the importance of radically improving support for members working for employers which span more than one Unite region. These employers represent 80% of workplaces yet we are much worse at organising them – most have recognition at some workplaces but not others – and this problem affects every sector.

In this update I want to address some of the other ways we could and should build on our organising successes.

Historically some unions have declined because they were trapped in declining sectors of employment. One of the advantages Unite has is that because it organises across most sectors, it has the capacity to invest in growth in areas with potential, to offset decline in others and maintain or expand members’ overall power. This creates a strong argument for an element of centralisation, so that we can make strategic choices about where to focus organising resources for the long term benefit of the whole membership.

However, centralisation has is dangers. No army of paid officers and organisers can organise our workplaces for us. Any successful organising strategy relies not only on turning potential members into members, but passive members into activists. It relies on equipping and supporting members to organise their own workplaces. This is much more likely to be successful if members feel they have been part of the process of choosing targets and developing the strategy. This is definitely something we can improve on. To give an example, at a recent RISC meeting the officer told delegates that there was a strategy for the sector for the coming year, and even waved a copy, but said that they weren’t allowed to share it with the delegates until it was presented three months later. It is understandable if activists feel a lack of ownership and disengaged if their relationship with the organising strategy is passive rather than active participants. There are many examples of this working well, but huge room for improvement. Activists need the information and tools to have meaningful discussions about how they can organise more effectively and set priorities and targets for their sector, area or region.

Because of the diversity of our union and the industries it covers, no “one size fits all” approach to organising can be successful. The industrial landscape today is very different to the 1970s and the truth is that our movement has been slow to adapt. Part of the change we need is to encourage a spirit of experimentation, and be much better at publicising successes amongst activists so we learn from each other.

My previous article touched on how in Fujitsu, where I work, we’ve used technology to increase participation among a geographically dispersed workforce.

When members at Fujitsu were faced with proposals to offshore jobs there was no easy way to find out who in Unite had successfully fought offshoring before and how they had gone about it. We had to rely on informal networks. Eventually one of the reps from the Prudential wrote a great article for us, which has been a real help in winning workers to resist.

If I’m elected, I will ensure Unite documents and publicises case studies of lessons from members’ organising and campaigning efforts and successes. There really must be a better way of sharing these than in the bar at conferences! With activists from a number of other unions I’ve been involved in an unofficial initiative to begin this process (workplaceorganising.uk), but to be really useful it needs far more people to contribute stories (that means you!).

The development of the strike fund has been an important step forward to Unite, though a simpler, quicker and more consistent process to access it is needed if we are to maximise its benefit. Some campaigns (e.g. Drive for 35, Rolls Royce, GKN) have been very effective by using “levies” where members across a wide group contribute to a fund to enable a selected group to take sustained strike action on full pay or nearly full pay. At present, levies are branch based, which is fine if you’re organising in an employer or sector where all members are in workplace branches. If elected, I will ensure Unite establishes a more flexible facility for levies to make this strategy available to more of the membership.

A lot of organising needs to be sectoral or employer-based. But we should also experiment with other approaches. The decline in sectoral bargaining contributed to a declining proportion of the workforce being covered by collective bargaining at all, as every workplace was left to stand on its own two feet against increasingly hostile employers. The truth is that employers have a huge amount of influence over the level of bargaining (work group, workplace, employer, sector, district etc). Generally speaking, “higher” levels of bargaining were introduced because employers saw unions being successful at picking off particular workplaces or employers. When workers achieved solidarity across a wider group than the employers did, we tended to win. One consequence of the decline in sectoral bargaining is a decline in employer solidarity. Few sectors still have strong employer federations which would support each other during disputes. Meanwhile Unite, as a multisectoral union, runs little risk of having a high proportion of members engaged in industrial action at once. So does this present an opportunity?

The Greater Manchester Area Activists Committee is working to develop a proposal from my own branch for a “minimum standards” campaign across the area, based on a levy to support chosen workplaces taking sustained action in pursuit of standards we define. If this takes off, imagine the impact of being able to select workplaces and take them out on sustained action to end zero hours contracts, establish a decent floor for pay, or whatever standard members agreed. Imagine the impact of Unite winning these demands, many of which are in the media spotlight, in several workplaces across a city in a relatively short period. Imagine the news spreading to unorganised workplaces that if they join Unite and take part in the campaign, they can win those standards too.

Who knows whether this initiative will achieve the critical mass to succeed. What I am illustrating is that the industrial landscape is varied and very different to that decades ago. Our union shouldn’t be so afraid of members doing the wrong thing that it obstructs or delays members trying to grapple with the problems they face. Activists need to be supported to experiment with different strategies for taking on employers. Instead of activists having to constantly reinvent the wheel, Unite needs to systematically publicise our successes and the lessons we can learn from each other. If elected I will also introduce a fortnightly email bulletin direct to activists, not filtered through officers and committees.

The two establishment candidates in this election, both long serving senior officers, don’t share the frustrations of members with slow and inflexible structures and poor communication. That’s why their pledges in this election are vague in the extreme. They want more good things and less bad things. They aren’t coming up with practical proposals to move Unite on and help members organise more effectively. I don’t claim to have all the answers but as a workplace activist I share members’ frustrations first hand and I’m determined to help members tackle them.